Crafted at our Edgefield and Cornelius Pass Roadhouse distilleries, these special releases are available exclusively to McMenamins Whiskey Club members.
Supplies are limited. 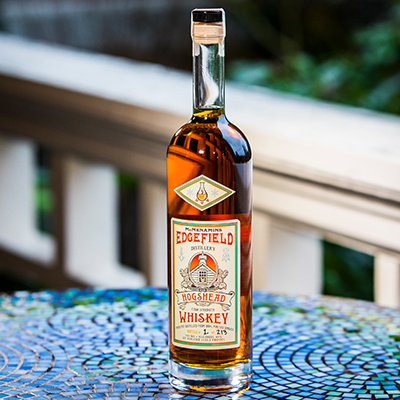 The first single-barrel, cask-strength edition of our Hogshead Whiskey was distilled from our “Ananda” malted barley recipe. In Hinduism, Buddhism and Jainism, ānanda means joy or bliss, and the Ananda recipe is our most complex Hogshead recipe – and certainly blissful when you taste the end result. Our regular Hogshead Whiskey consists of a blend of three recipes, or grain bills, and this single-barrel is pure Ananda, highlighting roasty, malty flavors with strong notes of dark chocolate, which was the perfect base for six years of aging in heavily charred, American white oak barrels. These barrels tend to be sweeter with a fatter malt profile that stands up well at higher proofs. While this whiskey can be enjoyed neat, a dash of water does not dilute the intense character of malted barley and sweet, rich oak flavors. 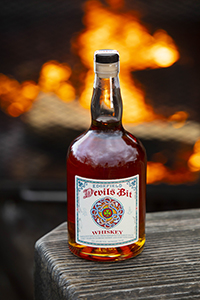 Our 2021 edition of Edgefield’s Devils Bit Whiskey is a true Irish-style whiskey. The mash consists of imported barley malt from the UK, and we treat our water to match the mineral content of Dublin, Ireland for true Irish flavor. After fermentation we triple distill in our pot stills to capture the freshly baked bread flavors from the grain. In the tradition of Irish whiskeys, we aged this Devils Bit for seven years in used Oloroso sherry and port barrels.

The delicate brandy-like aroma captures your attention with notes of barley, dark cherries and grape skin, then the palate brings you back to firm notes of barley malt. From there the whiskey takes you on a tour of flavors – almonds, butterscotch and light citrus – before finishing long and sweet. We are sure this year’s Devils Bit will be well remembered among the many fine whiskeys that have graced the label.

A note about the water: This whiskey is as Irish as it gets, outside of Ireland. The water at our distillery in Troutdale, Oregon contains different minerals than the water in Dublin, Ireland. Through the use of brewing salts, we alter our Troutdale water to match the specifications of Dublin’s. Since the wash – the first product of fermentation from the mash – is over 90% water, water is crucial to making a wash brewed in Troutdale taste and smell like wash brewed in Dublin. 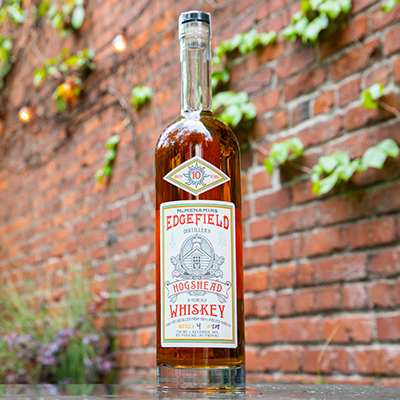 It is rare for a craft distillery to have a 10-year old malt whiskey in its wheelhouse. It’s even rarer to have a whiskey of this age that is well-balanced and nuanced. We’ll proudly count ourselves among the uncommon with this Hogshead Whiskey.

The initial aroma of the spirit is rich with creamy malt notes and a touch of citrus, underlaid with vanilla, molasses and caramel. Extended aging of barley malt whiskey lends a rich chocolate-covered cherry flavor to the palate, followed by bold flavors of fig, toasted almond, truffle and baking spices. The finish is long and sweet on the back palate without drying oak tannins. 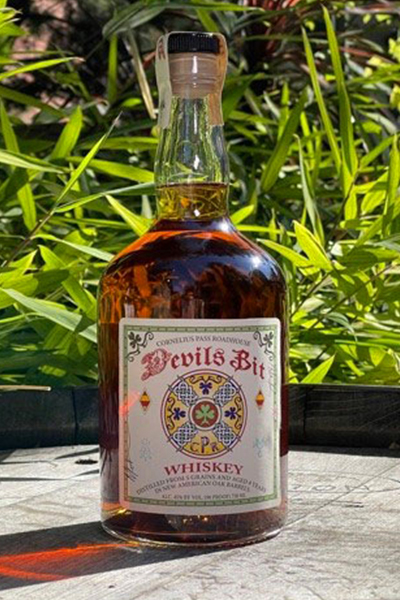 Our first experimental whiskey recipes at Cornelius Pass Roadhouse were based on old CPR beer recipes named Philosopher’s Stone and Barn Owl Bitter, affectionately known as Phil and Bob. We moved on to recipes we named Jerry, Bob, Mickey and Billy. On St Patrick’s Day weekend 2012, six months after we’d begun distilling, we ran the first recipe destined to become a limited release and named it Garcia. The mash bill included five colorful grains carefully chosen for their aromatic contributions.

We played recordings of live Grateful Dead shows throughout mash, fermentation and distillation, lending musical flavor to Garcia, which was barreled in charred American white oak and tucked away in a corner of the distillery. Periodically serenaded by Bob Weir, pounded by Rhythm Devils, massaged with Phil Lesh’s subsonic bass lines and soothed by Jerry’s ethereal guitar solos, the whiskey aged for nine years. No one knows the effect of music’s vibrations on the development of spirits but it – along with extended aging – has clearly had a positive effect on this Devils Bit, bringing a cacophony of flavor elements into perfect harmony.

The nose opens gently with delicate notes of vanilla toffee and candy corn building to dry aged oak and new leather. The palate also enters softly with a medium body, sweet and smooth, then crescendos to oak and pepper with hints of cinnamon, finally fading into a medium-long finish of oak, vanilla pudding and hints of slate. 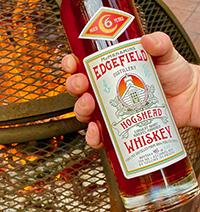 The first holiday release for our Whiskey Club members is an example of the special relationship between the Edgefield Distillery and Edgefield Brewery. The Distillery gave the Brewery a spent Three Rocks Rum barrel and the brewers aged Longest Night – a behemoth of a barleywine – for a year in that rum barrel. The barrel was then returned to the distillers who finished a 5-year old Hogshead Whiskey in it for a year. All of this creativity and sharing resulted in a backbone formed by barleywine-barrel aging, against which is set a whiskey that is rich, chocolaty, balanced and delicious.