Crafted at our Edgefield and Cornelius Pass Roadhouse distilleries, these special releases are available exclusively to McMenamins Whiskey Club members. Supplies are limited.

Our Distiller’s Pick from 2022’s Whiskey Quad, the full-bodied, aromatic 9-year old Phil Whiskey makes its debut in a 750ml bottle all its own. Richly malty with hints of smoke and coffee, original Phil Whiskey establishes a solid foundation, and – after additional aging in Muscat Port barrels – this Phil takes on flavors and aromas of ripe melon and nutmeg. Excellent for sipping neat to savor those notes of baking spices and hard candy. Prefer your whiskey in a cocktail? Distiller Bart Hance recommends, “an old-fashioned, light on the bitters. There should be synergy between the citrus and the fruity nature of this Phil, which is full-bodied enough to stand up to bitters. It would be a mighty tasty old-fashioned.” 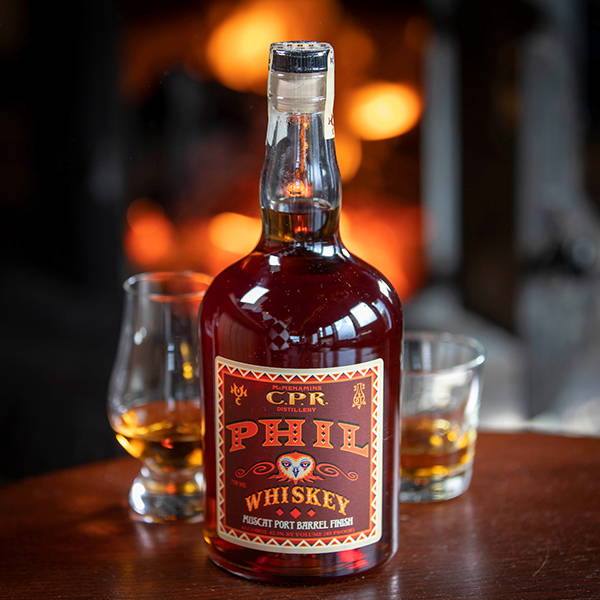 Hogshead Longest Night 7-year Whiskey is an example of the special relationship between Edgefield’s Distillery and Brewery. The Distillery sent a spent Three Rocks Rum barrel to the Brewery, and brewers aged Longest Night – a behemoth of a barleywine – for a year in that barrel. It was then returned to the distillers who finished a 5-year old Hogshead Whiskey in it for an additional two years. This creativity and sharing resulted in a whiskey that is rich and chocolaty, resting on a backbone of barleywine to create a whiskey that is balanced and delectable. 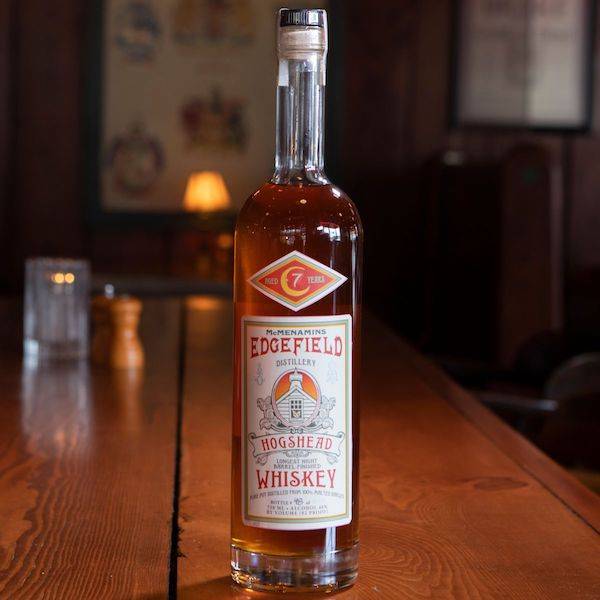 A delightful gift, if you can stand to part with this foursome: Phil Whiskey, aged eight years in American oak, establishes a solid foundation for all four with its rich maltiness and hints of smoke and coffee. Then the spirit was divided into four; reserving some of the original, we transferred three portions into three different barrels to impart distinct, unique flavors and aromas: A sherry cask imparts the essence of wet earth and dried fruits in the Sherry Barrel Finish version, while the Port Barrel Finish develops flavors of ripe melon and nutmeg. For subtle notes of honey and caramel alongside a hint of baking spices, the Sauterne Barrel Finish completes the lineup. 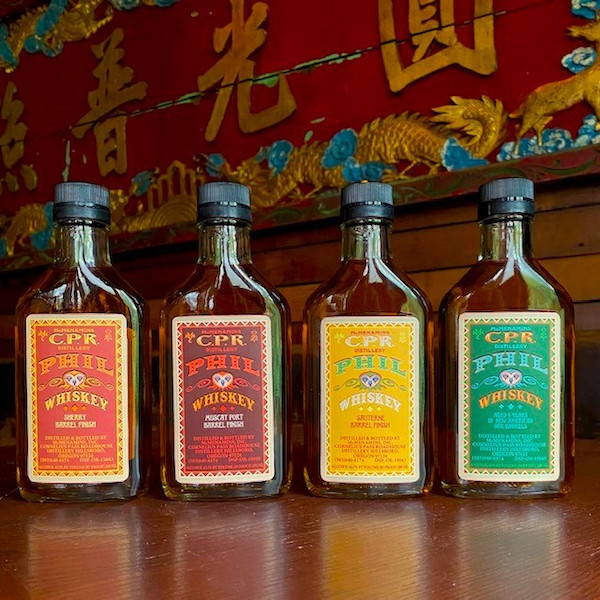 Every year, we turn our Distilling teams loose, encourage them to get creative as possible and make a specialty whiskey that could someday become Devil’s Bit, our annual cellar select whiskey. In 2015, the Edgefield Distilling crew made a whiskey in the Speyside Scotch style but done as only they can in Troutdale, Oregon!

This single malt was distilled from Golden Promise pale malt and lightly-peated malt, both of which came from the Speyside region of Scotland. The brewing water was treated with salts to match the water specifications of the water in Scotland. After double distillation in pot stills, the spirit was aged for seven years in a former fino sherry cask. The initial nose and first sip find the sweet spot between light smoke and honeyed cereal grain. The years spent aging in sherry casks comes give rise to slightly floral, but firm, aged grape tannins. The finish is long and deserves to be explored before taking your next sip. Cheers! 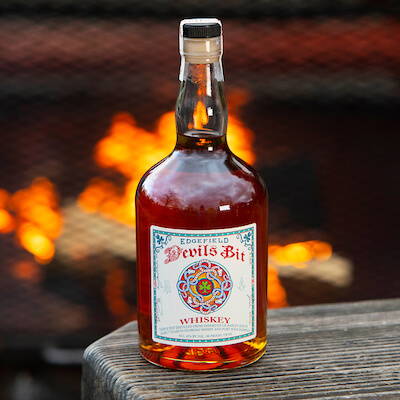 When we began crafting spirits at Cornelius Pass Roadhouse in 2011, distiller Bart wanted to base the first whiskey on old beer recipes in the same way that Hogshead Whiskey from Edgefield Distillery is based on Hammerhead and Terminator ales and the grain bill Ananda.

It seemed fitting that the new CPR whiskey descend from beers that Bart had crafted during his days as a brewer: Philosopher’s Stone and Barn Owl Bitter. Philosopher’s Stone takes too damn long to say when you’re reaching for your next sip of beer, so it earned the nickname Phil. Naturally, Barn Owl Bitter became Bob, and, with a steady breeze of Grateful Dead at their backs, CPR’s distillers Bart and Arthur went on to craft Jerry, Pig Pen, Mickey, Billy and Garcia – the grain bills behind existing CPR whiskeys, as well as whiskeys to come (aging takes serious patience).

The grain bill for Philosopher’s Stone Ale – and its whiskey progeny – includes 2-row malt, Munich malt, unmalted roast barley and wheat malt. This translates to a whiskey with a complex grain profile that shows a rich maltiness, smooth creaminess and a hint of smoke & coffee. 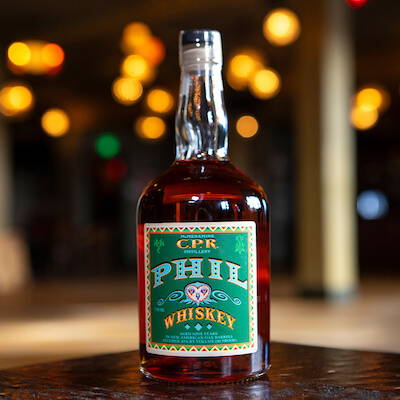 The first holiday release for our Whiskey Club members is an example of the special relationship between the Edgefield Distillery and Edgefield Brewery. The Distillery gave the Brewery a spent Three Rocks Rum barrel and the brewers aged Longest Night – a behemoth of a barleywine – for a year in that rum barrel. The barrel was then returned to the distillers who finished a 6-year old Hogshead Whiskey in it for a year. All of this creativity and sharing resulted in a backbone formed by barleywine-barrel aging, against which is set a whiskey that is rich, chocolaty, balanced and delicious. 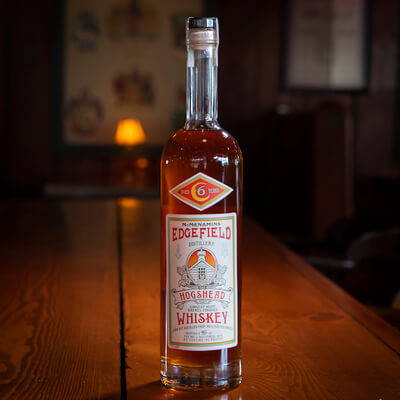 Our 2021 edition of Edgefield’s Devils Bit Whiskey is a true Irish-style whiskey. The mash consists of imported barley malt from the UK, and we treat our water to match the mineral content of Dublin, Ireland for true Irish flavor. After fermentation we triple distill in our pot stills to capture the freshly baked bread flavors from the grain. In the tradition of Irish whiskeys, we aged this Devils Bit for seven years in used Oloroso sherry and port barrels.

The delicate brandy-like aroma captures your attention with notes of barley, dark cherries and grape skin, then the palate brings you back to firm notes of barley malt. From there the whiskey takes you on a tour of flavors – almonds, butterscotch and light citrus – before finishing long and sweet. We are sure this year’s Devils Bit will be well remembered among the many fine whiskeys that have graced the label.

A note about the water: This whiskey is as Irish as it gets, outside of Ireland. The water at our distillery in Troutdale, Oregon contains different minerals than the water in Dublin, Ireland. Through the use of brewing salts, we alter our Troutdale water to match the specifications of Dublin’s. Since the wash – the first product of fermentation from the mash – is over 90% water, water is crucial to making a wash brewed in Troutdale taste and smell like wash brewed in Dublin.

Back to Whiskey Club