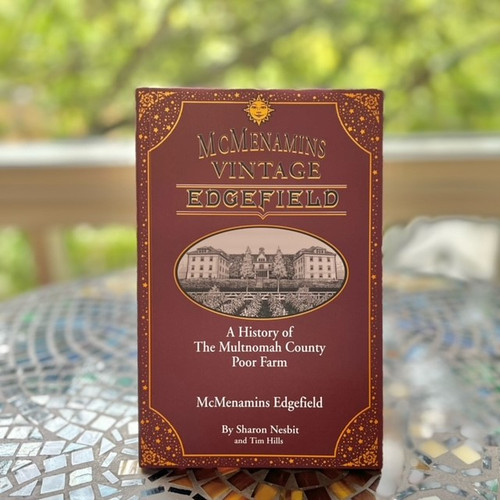 As hard as it may be to believe today, Edgefield, built in 1911, served for several decades as the Multnomah County Poor Farm. Residents operated a self-sufficient environment, raising hogs, poultry, growing a variety of fruits and vegetables, operating a dairy, cannery and meat packing plant as well as working in the laundry, kitchen and hospital.

In 1947, it was renamed the Multnomah County Home and Farm and in the late fifties the farm operation was eliminated. In 1962, the facility was renamed Edgefield Manor and for the last two decades of operation, functioned as a nursing home and eventually closed in 1982.

McMenamins purchased the property from Multnomah County in 1990. In phases lasting over four years, the condemned buildings and land were transformed into a unique European-style village, including lodging, a pub with a movie theater, fine dining, a winery, a brewery, distillery, golf course, gardens, vineyards, artwork, meeting, wedding and banquet space, and special events year round.