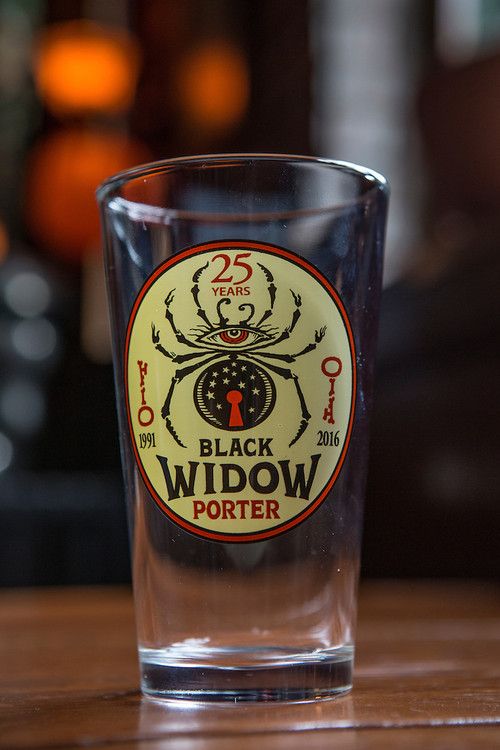 Originally created at the Thompson Brewery 25 years ago on October 15, 1991 and made by all Thompson Brewers to come after, Black Widow Porter has become an expected and welcome Halloween treat at the Thompson Public House in Salem. Black Widow has expanded her web as it now envelops the entire company. Preparing for this year's brew, alehouses warmed to the task with vats of striking hot water. Mysterious sacks of grain were shuffled to steaming mash cauldrons. Madcap laughs were heard in darkened aging-cellars and Thompson's stairway to nowhere. And brewers bared fangs as well as souls in the ritual preparation of this year's Halloween brew.