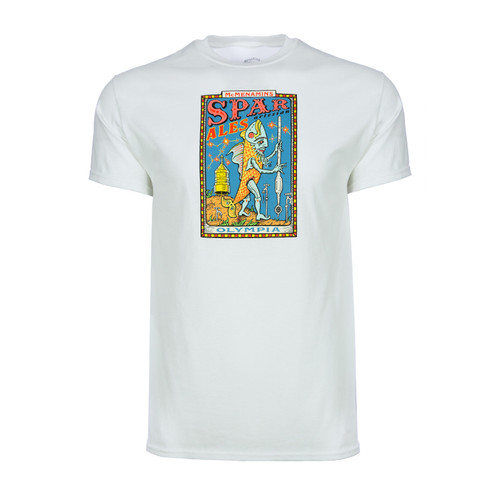 Olympia's beloved Spar Café was family-owned for 60 of its 70 years of existence and then changed hands to another Pacific Northwest family — ours! From its original days as a blue-collar joint for dockworkers and loggers to its modern reinterpretation as a gathering spot for students, politicians and legislators, The Spar has a long-running history as an anchor of the community.

Some of you may remember the Olympia Beer ads of the early ‘80s announcing “It’s the water.” We can’t confirm or deny that Artesians (those brewers of the purest water) exist, but we do know that the very same artesian well water bubbles away in the basement of the Spar Café, and even inspired us to make vodka with it.

According to one hydrogeologist, the water is from an aquifer called the Tumwater Sand of the Holocene Epoch, a deposit of the Deschutes River (in Washington, not Oregon) The sand was deposited as the Deschutes re-established its channel after the last glacier withdrew from the Puget Sound, about 12,000 years ago – and this is the very water you drink in the pub and in our Spar Vodka.